Playgrounds are happy venues for children, where they can run around and enjoy the different play-sets with their friends and playmates. Skills that are learned while playing on various toys on the playground and the benefits that kids can reap by playing are priceless.

Indeed there are various other forms of playgrounds around us, some with a number of regular toys and while others consist of towering tests of acrobatic abilities. All of them are a big part of a new parents concern for the safety of their child.

New parents often do not know the type of playground to take their child to, at what age and what skill set will the experience most benefit.

It makes sense to decide where to go considering how much time you have. In the afternoon, you can visit the local playground. But over the weekend it may be better to look around and visit some of the larger less congested parks.

Being a new parent can be an extremely powerless and terrifying experience, as such, I figured I should document and put some of my experiences out there in hope that it may help other fathers and parents in some way.

When analyzing and deciding on the type of playground to bring my children to, I look out for and consider the following variables very carefully prior to allowing my children to play there.

Child safety is paramount for most parents. I say “most” because I understand that what some parents perceive as risky or dangerous, other parents may see as children just being children.

The last thing we want is to have our children running around in a playground without a fence right next to a busy street. So I choose a playground that my children can move around freely in without the worries of street traffic.

With that said, it I also find that it saves a lot on band aids and bruises if the surface of the playground is built of soft rubber turf like material to avoid injuries the inevitable falls that occur during play. Thus, my primary objective when initially surveying a playground is to ensure that there is no trash, debris, sharp objects, needles or drug paraphernalia in and or on the playground.

Next, especially if I am alone, I situate myself so that I have clear visibility of the entire playground. This is essential in not only ensuring that I am providing basic adult supervision, but also the constant eye contact for visual support, words of encouragement and situational awareness.

Sadly, being engaged and aware of my children as they play also provides me with an opportunity to guide and or prevent the occasional bullying event that can happen on the playground whether it be physical or verbal.

Regardless of the rules posted on each playground you may still run into a situation where someone is “parenting differently” allowing their larger child to horesplay on a playground that clearly states it is designed for smaller children.

Or, like in a situation with my oldest son, you may have picked the correct playground per age and size and someone elses larger child may physically manhandle your smaller child. In this case, I setup base camp on a bench that gave me full view of the entire playground, but what I was not prepared for was being too far away from my child to audibly say “Stop!” to the other child.

What ended up happening was the larger boy pulled my smaller son off of the standup merry go round. By the time I got over there is was too late. My son had been thrown to the ground and the other kid was spinning around enjoying the fruits of his bullying success.

Some activities are educational in more ways than one on playgrounds. This includes social developmental experiencial understanding.

Have a conversation with larger boys parent proved useless, but in the long run the lesson my son learned from it was to be aware of his surroundings at all times even during playtime.

Physical safety is just as important as physchological safety. That being said, because my children were not the rough and tumble type initially, I learned to take them to playgrounds that were less rough until they got older.

My goal is to find playgrounds with safe Jungle Gyms for them to play on. You will find all types of toys on playgrounds that are fit for kids of different sizes and ages with some having wheelcare access as well. The intelectually stimulating sensory environment these type of playgrounds creates is fantastic.

Choosing the playground that you are most comfortable with allowing your child to play on is the key. For me, my children are at an age where they can take on most playgrounds. But this was not the case four of five years ago.

As a father, I do not believe in testing comfort levels. If you are uncomfortable with the playground, go with your gut. Although a playground is designed for fun and joy, children do get seriously hurt on playgrounds.

This may not apply to you if you are living in an area where the season do not change so drastically. For example in the winter, shade may not be as important as in other parts of the world.

However, if you are able find a playground with a shade and a good breeze, that is like finding a unicorn in the fatherverse. It doesn’t have to be completely covered, but at least a good amount of shade or shade from trees at different times of the day can dramatically affect the amount and type of play your child has.

In the beginning, my first child did not know to say he was thirsty or ask for water. He just kept playing and playing playing until he was running on fumes burnt out.

I learned to look for the signs and have him take a water break every now and then at first. As he got older, I learned that it was better to go to the park in the later part of the afternoon to avoid the heat from the high noon sun. This helped minimize overexposure to heat, hydration and adequate cool down time between bursts of energy. Much safer for my children for sure.

I did not realize that although children are extremely resilient, they can also be quite sensitive to heat. If there is a water fountain on the playground, that is great help with hydration as well. But I always bring a water thermos just in case.

With time, parents intuitively develop an eye for the fundamental characteristics of what makes up a good place to play for their children. As I thought about the elements collectively I came up with the following items:

These basics may seem far fetch, but basically they describe a playground that is safe, with children who are respectful towards each other.

As much as meeting the needs of children is the ultimate goal, a playground designed with materials that do not deteriorate easily is more important to me. The reason this is important to me is because children can get hurt on rusty, unsafe and dilapidated playground equipment.

Playgrounds tend to transform as children do. The best playground satisfies the needs of children of a variety of age groups with all learning levels having activities to do and or participate in.

Sadly I have never seen an outdoor playground with a first aid station nearby. Regardless of the playground, I believe it is my responsibility as a parent to make sure that I have basic first aid supplies in the event of an emergency.

These days though, knowing how to properly handle bullying is just as important as being concerned about physical harm. I have witness and my children have been victims of bullying on playgrounds several times. As a Father, I try to just let my presence be known to discourage bullies.

The children tend to listen to the moms more than Dads. I do not know why, but it is what it is. So I engage my other half to approach and de-escalate situations that are non-physical. She with talk with the other child and ask them where their parents are and then informs the parents of what happen.

Most times the parents talk to their child and explain that the behavior is not acceptable. On rare occasion parents are confrontational and defensive about their children even if their child is openly behaving badly.

In these type of weird situations we end up just leaving to avoid an escalated confrontation between parents. I then explain to my children why and how we handled the situation. In most cases they understand. Other times they feel that it is unfair that they they were wronged or had to leave.

Either way, being aware that this type of “Playground Drama” can and does happen helps me prepare myself mentally to deal with them in a way that provides a good example of problem solving for my children.

Private playgrounds may have supervisors who are keen to the behavior of kids even when the parent is not present. There should be rules and warnings to stop any kind of bullying and maintain the discipline “no bullying” with the kids.

A playground that has enough space and types of equipment for different age groups as well as an assigned supervisor or instructor, is more likely to have minimal or no cases bullying.

As a new parent, there is always a lot of outside influences constantly telling you what you should or should not do. I say, go with what feels comfortable for you.

Because I am cheap, I choose ways to play and have fun for free. To me this is by far one of the most important thing I can do for my children. In today’s world there are many choices between soccer, hockey, gymnastics, dancing, music lessons, clubs, computer games, and 100 channels on your television most of which are highly structured and cost money.

Meanwhile, playgrounds remain free and open to the public for use just about every day.

Where does a playground fit in? Children learn to interact with other children, imagine, pretend , be spontaneous and creative. This is when they have the freedom to play together, with minimal adult intervention.

With kids being involved in organized activity, there is no Free Play or opportunity for expression of themselves. Playground equipment promotes open Play. In return, this free Play compliments social skill development, confidence, and self-esteem.

In my opinion, free Play on a Playground is a high priority for my children.

Another really important aspect is to start thinking a little more like a kid. What would they like to play? What would they think is really cool? Most playgrounds include ladders, slides, and swings. These pieces may not be exactly what you are looking for, but there is plenty to choose from.

Sometimes, if my children get bored with the playground by our house they ask to go exploring for other playgrounds. So I take them on an “adventure” to find another playground to play and make new friends in.

I allow them to choose a fully participate in the process of choosing the playground that they want to go to. Sometimes we will not always end up in a good area, but they learn and grow from the experience each time.

And the best part is that it does not cost anything to go to a playground, but the experiences are definitely priceless. 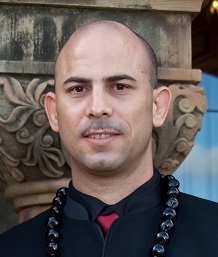